Since the 1970s, Penn Engineering has founded, developed, and implemented novel programs of recruitment and retention and has served as a model for the University at large as well as universities across the nation. In the early 70s, Dean Arthur E. Humphrey determined that a greater minority presence in Penn Engineering was imperative; at the same time, the National Academy of Engineering made a national commitment to increase underrepresented minority students in the field of engineering. Joseph Bordogna, Associate Dean of Penn Engineering at the time, joined the commitment toward increasing minority presence in engineering and decreasing minority attrition at Penn. Their mission was to recruit underrepresented students — both at the undergraduate and graduate levels — into a receptive, caring, and nurturing environment so intellectual and personal growth could flourish. 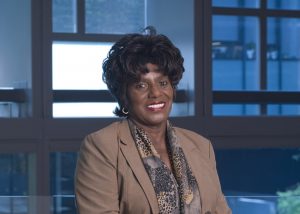 In 1973, Dean Humphrey appointed alumnus Don Maynard (ChE‘74) to serve as Assistant to the Dean for Minorities. Upon Dean Humphrey’s departure in 1981, incoming Dean Bordogna appointed Ms. Cora Ingrum as Assistant to the Dean for Minority Programs. Given her interest and personal commitment to increasing underrepresented students in engineering, she was the ideal choice to succeed Maynard and serve as the first Director of the then-newly formed Office of Minority Programs.

For over 30 years, Ms. Ingrum spearheaded Penn Engineering’s efforts to recruit underrepresented students. A few of her accomplishments are: co-founder of the Pre-Freshman Program at Penn Engineering, which has been institutionalized across campus; co-founder of the National Association of Multicultural Engineering Program Advocates (NAMEPA); recipient of the National Women of Color Award: Dr. Helen O. Dickens Lifetime Achievement Award; and, in 1997, she was selected from a national pool by President Bill Clinton to receive the Presidential Award for Excellence in Science, Mathematics, and Engineering Mentoring.

Ms. Ingrum has inspired and mentored numerous students and her unrivaled legacy is firmly cemented at Penn Engineering. It is with this spirit that Dr. Laura Stubbs, current Director of the renamed Office of Diversity and Inclusion, continues the tradition of making Penn Engineering an accessible place for students from all walks of life.

Individuals interested in supporting the legacy of Ms. Ingrum are encouraged to contribute to the Cora Ingrum Fund, which has been established in her honor and goes toward ensuring that Penn’s multicultural programs remain strong.